Until 12 months ago Lush wasn’t on my radar. If I’d have been asked about the brand, my first thoughts would have been the pungent smell as you walk into the vicinity of a store and I would have wrongly assumed the key target market was teenage girls visiting town centres on a weekend, and mums on an emergency mission for last minute present buying.

18 months ago my Facebook feed started filling up with photos of stricken animals caught up in plastic. Supermarkets banned plastic bags. A switch flicked on and the harm we were doing to the planet became front of mind. I became the ‘plastic police’, stopping buying water bottles and buying bar soap instead of handwash.

I then asked my friend, who will gladly be described as a hippy, if I could buy a shampoo and conditioner bar that worked. I expected her to send me to an organic website. She recommended Lush.

Since then, Lush has very much been on my radar. In December, on a trip to Manchester I visited the store on Market Street to find it bursting with customers. It’s sandwiched between The Body Shop and L’Occitane – both were empty, the difference being stark. Lush were doing something right. On my trips to Amsterdam and Dortmund it was the same story.

Lush have 446 group stores, operate the brand in 48 countries and were founded by Mark and Mo Constantine in Poole in 1995. They opened 18 new openings in the year to June 2018 and relocated 27 shops to bigger and better locations. Luke in our Tokyo office was very impressed when he visited their flagship in Shinjuku Station, at over 12,000 sq ft. Liverpool beats this with its largest ever store. Sales in the relocations have increased 34% resulting in average annual store sales across the group of £927,000. They aren’t afraid to tackle underperforming locations with 30 closures in the year. It’s not all about stores, online sales also grew 9% to £42m.

In the UK they have 102 stores, the majority in prime pitch, and located in 18 of the top 20 and 42 of the top 50 town and city centres. The biggest town centres where they haven’t yet opened are in ‘urban clusters’ where it is relatively easy to travel to a better destination centre, for example Bradford, Wolverhampton and Oldham.

I wondered whether it was a happy coincidence that Lush were benefiting from the wave of consciousness sweeping the planet about packaging waste, or whether it was a key strategic action. I found mixed reviews on the ethical claims about the brand. An ethical blogger Holly Rose provides a balanced review and I was heartened to read about their strong stance on animal testing.  In the last year they have opened Naked shops (Milan, Berlin, Manchester), only stocking plastic free products.

Number 3 in their Master Plan is “Create a cosmetic revolution to save the planet (we are running out of time – we need a revolution”.

It seemed that Lush were consciously helping the war on plastic and in return reaping the benefits.  Group turnover increased 5% to £525m with an 8% increase in LFL in the UK. More than £15m was donated to charity (June 2017 to 2018). The FT’s 2012 headline “Lush awash with hippy profitability” says it all.

What I didn’t expect to find was that Geolytix share a passion in addition to network optimisation.

Lush are open source pioneers, with its online platform, epos system and apps all built on open source, in a deliberate plan by their CDO Jack Constantine to not only follow the #techforgood philosophy but benefit from “new freedoms to create bespoke products”. A philosophy that underpins our XYZ framework.

Last week the government announced a £60 million fund to help businesses develop biodegradable packaging from food waste and plants. Ooho from Notpla has hit the headlines with its seaweed pouches of water given out at the London Marathon.

In future decades shampoo bars and ‘safe packaging’ will no doubt be the norm, but until then Lush is leading the way in eradicating single use plastics and benefiting from the increase in awareness across the globe.

Oh, and the shampoo and conditioner bars are spot on.

This time it is Carrefour China…The recent announcement (23rd June 2019) that Carrefour China has agreed to sell 80% equity interest to Suning.com, in a cash deal of 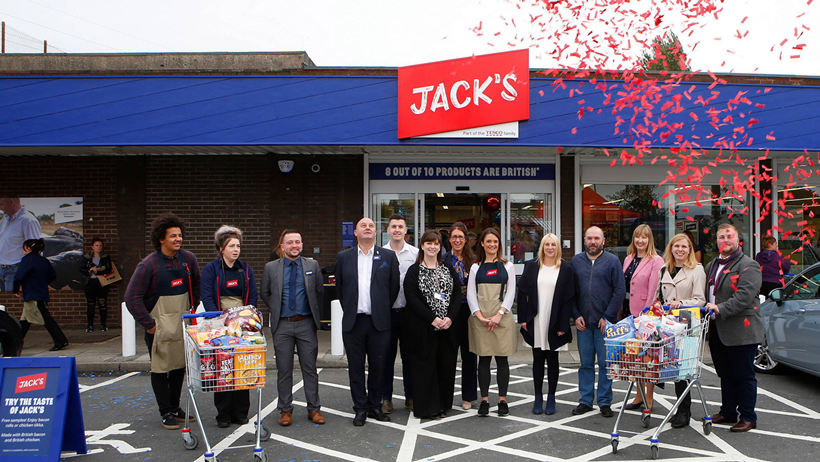 Lidl and Aldi continue to lead the table in new openings, with Lidl currently breaking into central London with a site on Tottenham Court Road scheduled to open in Summer